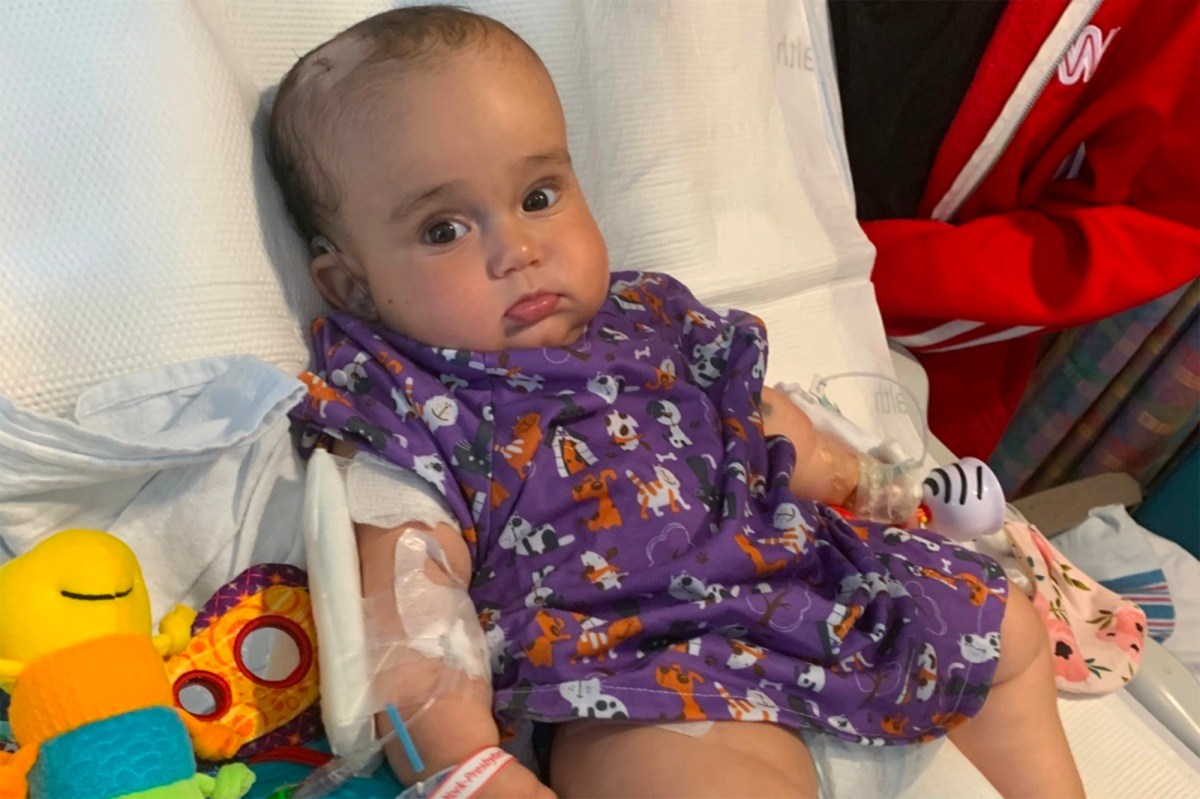 “We’re heartbroken to have to announce our beautiful daughter Francesca passed away last night in the arms of her mom and dad,” tweeted Kaczynski, who chronicled Bean’s battle with cancer on the platform. “There will always be a Bean-sized hole in our hearts for her. We’re so grateful to have known her love.”

A GoFundMe that was started for “Team Beans” in September has racked up over $115,000. In lieu of flowers, food or gifts of any kind, the family has asked that donations be made in Francesca’s honor to a bike-a-thon fundraiser that donates all proceeds to the Dana-Farber Cancer Institute. Kaczynski also tweeted that people can donate blood or platelets at a Boston Children’s Hospital, where Bean was treated with “remarkable love and kindness,” he wrote in a Medium post about her passing.

In her nine months on this Earth, Bean showed her self to be an “outgoing, bold and curious baby,” a big fan of eating, Elmo and being held close in the evenings, Kaczynski wrote in the heartbreaking article. “A Brooklyn-based Sesame Street fan, Francesca enjoyed taking long walks around New York City and Boston, playing with her toys and balloons, attending speech therapy, and ‘petting‘ (i.e. grabbing) her cat Ryland,” he continued. “Her many smiles sent a thrill through the world. She was so generous with them, even when most of the smiles back were covered by masks.”

Despite her life being cut short by cancer, Bean managed to spread much joy in her brief time here, including to her doctors and nurses who “would gasp with joy when they saw her smile.” She “showed her parents a kind of love they never knew before and they will never forget” and inspired thousands through Kaczynski’s heartfelt online updates, which were met with a tidal wave of support, prayers and love.