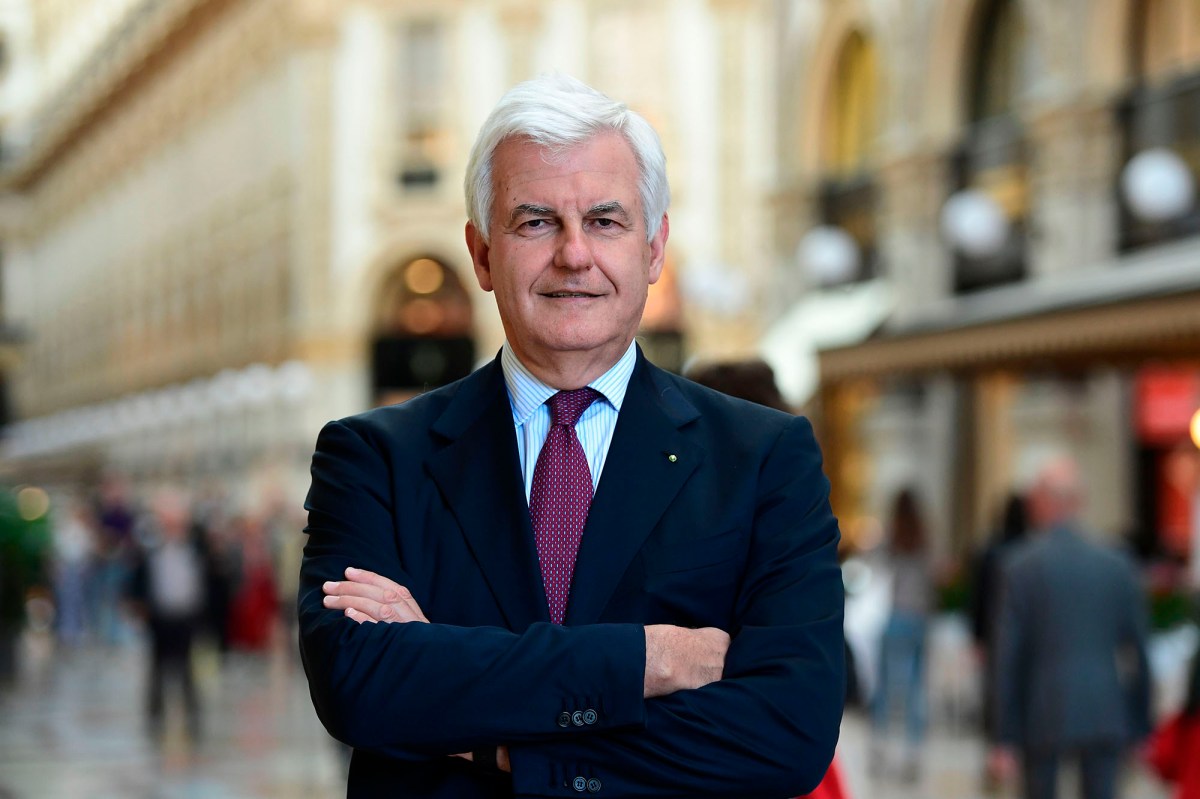 Leonardo SpA — a massive defense contractor that sells everything from missiles to cybersecurity services — is considering a stock listing for its US subsidiary, Leonardo DRS, which does business with the Pentagon.

The IPO talks come as the company comes under fire in Italy because its CEO, Alessandro Profumo, is staring down a six-year prison sentence and resisting calls to step down as he appeals the verdict.

The politically connected Profumo, who’s reportedly earned the nickname “Mr. Arrogance” for his aggressive style, was convicted in an Italian court in October of false accounting and market manipulation for his role in an accounting scheme at a separate company.

But Leonardo has stood by him, arguing that the 63-year-old CEO’s conviction is not final and “entirely unrelated” to his current employer.

“Therefore, as far as Mr. Profumo’s legal concerns are related, we can reiterate that the Leonardo board reaffirmed their confidence in Mr. Profumo’s leadership last October and this will have no impact on his continued ability to lead the group,” the Rome-based firm told The Post in a statement.

Leonardo — the world’s 11th-largest arms merchant with about $11 billion in weapons sales last year, according to the Stockholm International Peace Research Institute — is also seeking to grow its US business, according to Reuters, which reported last month that the Italian parent intends to maintain control of DRS, the unit exploring a US listing.

DRS — which Leonardo acquired in 2008 — already makes up a big chunk of the Italian parent’s business, with about 1.7 billion euros (roughly $2.1 billion) in revenue for the first nine months of the year, accounting for some 19 percent of Leonardo’s total.

The US Department of Defense has been asked to weigh in, but has yet to respond, according to Giuseppe Bivona, a partner at London-based hedge fund Bluebell Capital Partners, who wrote to the Pentagon on Oct. 27.

“If the CEO of a US listed company was sentenced to jail, his/her resignation (pending appeal) would be immediate and irrevocable,” Bivona’s letter read.

“There is a reputational issue, [a] suitability issue,” Bivona told The Post. “If your main client is the US Department of Defense … I can tell you that they’re going to pick up the phone and ask you, ‘What the hell is going on?’”

Bivona — who helped uncover the fraud Profumo allegedly committed at Banca Monte dei Paschi di Siena, an Italian state-owned bank — said he hasn’t heard back from the Pentagon, which also didn’t respond to The Post’s request for comment.

Bivona — who is advising an institutional fund that’s suing Monte dei Paschi di Siena — claims Profumo is being protected by his ties to Italy’s Democratic Party, a plank of the coalition government that controls the Ministry of Economy and Finance, which is also Leonardo’s largest shareholder.

But pressure also appears to be mounting in Italy where Profumo has also been blasted by lawmakers on both sides of Italy’s parliament. The ruling 5 Star Movement party urged him to step down soon after he was convicted, while Matteo Salvini, head of the opposition Northern League party, has said he could weaken Leonardo’s business.

“It is difficult to take home orders from across the world with a managing director sentenced to six years,” Salvini said in a Dec. 10 speech.

Profumo joined Leonardo in 2017 after a banking career that landed him at Italian bank Monte dei Paschi di Siena, where he was chairman. He developed a reputation as an aggressive dealmaker, reportedly earning the nickname “Mr. Arrogance” along the way.

US experts say the Leonardo scandal has the potential to create bumps in the defense contractor’s road to a US listing.

“I’d be shocked if any self-respecting investment bank would partner with them and take them public pending this state of affairs,” Shivaram Rajgopal, an accounting and auditing professor at Columbia Business School, told The Post.

Profumo’s conviction wouldn’t legally bar Leonardo DRS from going public in the US, but the company would very likely have to disclose the situation in its filings with the Securities and Exchange Commission, a disclosure that could raise eyebrows among investors.

“Even if he’s a great guy and all that, if he’s out of pocket and is put in jail and the company relies upon him, that’s a pretty significant risk factor,” noted Francis Curran, a securities litigation attorney at Manhattan law firm Kudman Trachten & Aloe.